Learn here more about the history of Svilengrad

Svilengrad is a town with a rich history. This town acts as the main entry of Bulgaria because it is situated close the place where 3 country borders meet: the Bulgarian, the Greek and the Turkish. The town is situtated southwest from Sofia, Plovdiv and Haskovo, northwest from the Turkish border and north from the Greek border. It is also close to the cities Odrin and Istanbul. North of Svilengrad is Sakar Mountain and on the west are Rhodope Mountains.

The town is situated on the two coasts of Maritza river and it was divided into two districts: Kanakliya and Bandyrliya. It got its recent name because of the silk production in the past. The people there raised silkworms in their homes. In 1874 the teacher Petyr Stanchev from Tarnovo suggested the town to be called Svilengrad because the Old-Bulgarian word silk in translation to Bulgarian means the same thing and that’s how the town’s name was born.

The region of Svilengrad has favourable natural environment and strategic geographical location, which are the reasons why this place has been populated since ancient times. The oldest historical account of human life are from the end of Aenolithic-Chalcolithic and Chalcolithic Period. During the Bronze and Stone Age the Tracian tribe Odrisians lived around the modern day Svilengrad. There are traces of villages, burial mounds, sanctuaries. During the Roman Empire there was side road station close to the town. The town was called in the Roman road-books with the name Burdenis, Burdista, Burdipta. There was Roman fortress that guarded the military road to Tsargrad.
Famous sightseeings in Svilengrad:

One of the famous places in Svilengrad is The Old Bridge or Mustafa Pasha Bridge which is Cultural Heritage. It was built in the period between 1512-1529г. by order of the grand vizier Damad Mustafa Pasha. The bridge is 300 m. long and 6 m. wide and there is marble bas relief slab with an Ottoman sign in honor to the sultan.

Sheinovetz peak is situated on the eastern side of Rhodope Mountains on the territory of Lyubimets town and southwest from Mezek village. It is 703,6 m. high and is famous with its Turkish name Kurt kale which in translation means „Wolf fortress “. There in 1912 happened the first battle in the Balkan Wars. There is a monument built on the peak in honor of the died guard soldiers from Sheinovo’s regiment. Today there is a television tower more than 100m. built on the peak.

Mezek fortress, which is famous with the name Neuzetikon or Neutzikon, is a medieval Byzantine fortress built in 11 – 12 c. on the west of modern day village Mezek, Svilengrad. It stands 210 m. above sea-level and is built on a long terrace that formed at the foot of a steep spur of Northeastern part of Rhodope mountains. It bears the name St. Marina or The Forest. The locals call the fortress „Kaleto“. The fortress had the role of a border fortress. Its role was to guard the territories between Maritsa and Arda rivers. 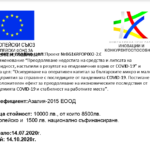 We were fascinated by the attitude of the owners and the great atmosphere.

Excellent service at the highest level. The coziness of the residence is incomparable.

“We will come again!”

We will come again and that will always be our choice when visiting Svilengrad.

We will come again and that will always be our choice when visiting Svilengrad.
https://residencebilyana.com/testimonials/will-come-again/

Unique atmosphere, thanks for the great service.

Unique atmosphere, thanks for the great service.
https://residencebilyana.com/testimonials/fascinated/
5.0
4

Residence Bilyana offers comfortable and cozy sauna with modern equipment for all its guests. END_OF_DOCUMENT_TOKEN_TO_BE_REPLACED 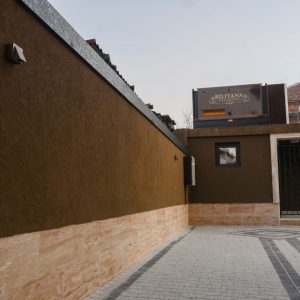 For the convenience of the guests, who travel with their pets, residence Biliyana offers cozy dog houses. END_OF_DOCUMENT_TOKEN_TO_BE_REPLACED